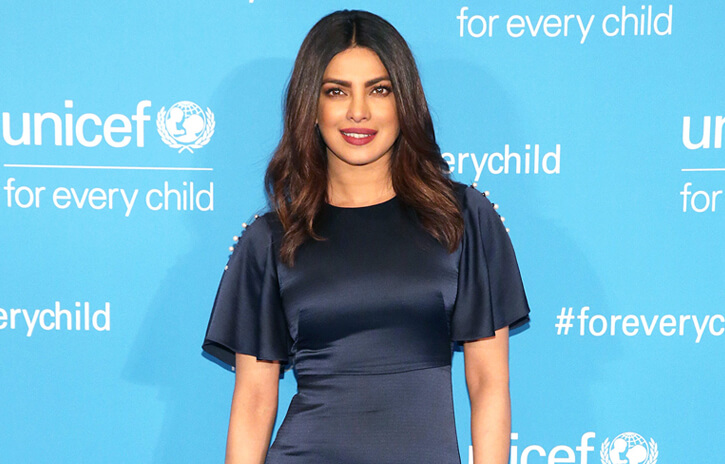 Priyanka Chopra is not only a Bollywood and Hollywood actress but also a UNICEF’s ambassador of goodwill. But Pakistan’s Minister for Human Rights Shireen Mazari has objected this noble cause of Priyanka. She has filed a complaint against her.

She sent a letter to UNICEF requesting the evacuation of actress Priyanka Chopra as their Goodwill Ambassador.

Mazari wrote, ‘Ms. Priyanka has openly endorsed the Indian government stand on Kashmir and also supported the nuclear threat issued to Pakistan. All this goes totally against the rules of peace and goodwill that Ms. Chopra is supposed to uphold as a UN Goodwill Ambassador for Peace.’ She also added unless she removed immediately, the very idea of a Goodwill Ambassador for Peace becomes a mockery globally. 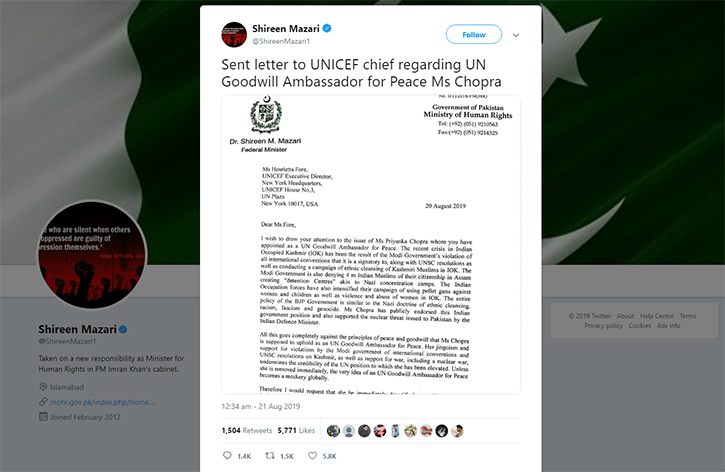 A Pakistani woman had accused Priyanka of encouraging war between India and Pakistan on a public event at Beautycon Los Angeles. Chopra replied that she is not fond of war but a patriotic person.

On her acting front, Priyanka is all set to return to the big screen in India with her next Bollywood movie. ‘The Sky Is Pink.’ Apart from her, the film also stars Farhan Akhtar, Zaira Wasim, and Rohan Saraf. She has already wrapped up the shoot of the film. The film will hit the theatres on October 11.

Katrina Kaif Dazzles in Black as a showstopper for Manish Malhotra