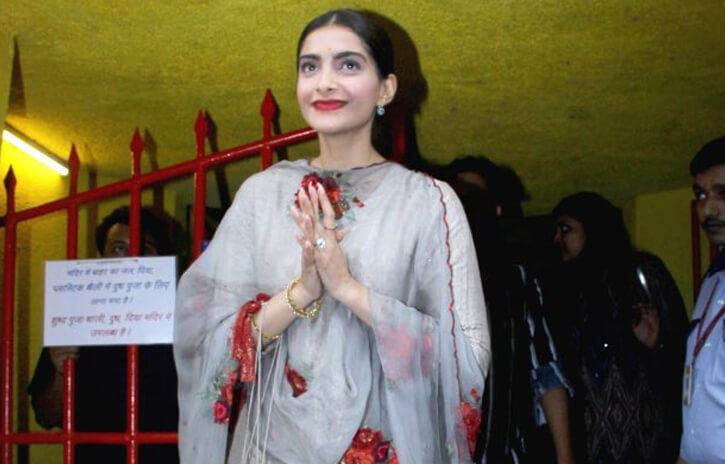 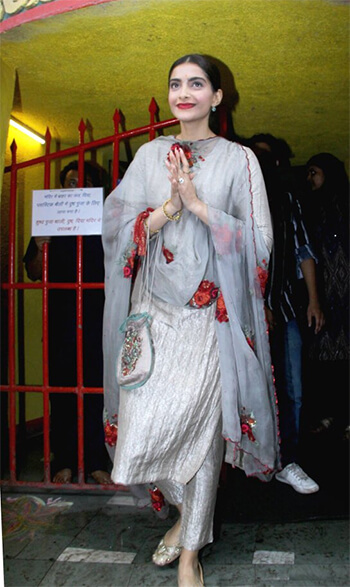 Today she was spotted outside a Shani temple. She dressed a pretty grey hued plain ethnic suit with red floral printed dupatta. The actress teamed it with matching ethnic footwear and bag. Besides this, hair tied in a bun, simple earrings, and minimal makeup finished her look.

For the promotions of The Zoya Factor, she will be donning only red-colored outfits. Besides this, Sonam will also vlog about the events and have named them The Zoya Vlogs.

She shared her first vlog on Instagram and writes she knows that many guys who wonder about how they do film promotions and what goes down behind the scenes. So, she has decided that she will be doing a daily vlog every day till the film releases.

The film’s writer is Anuja Chauhan, director- Abhishek Sharma, and producers- Pooja Shetty and Aarti Shetty. The movie reflects the life of Zoya Solanki to ends up becoming a lucky charm for the Indian cricket team in 2011. Apart from her, the film also stars Dulquer Salmaan in the lead role. The movie will release on September 20, 2019.

How to Style Maxi Dress like Kareena Kapoor and Karisma Kapoor 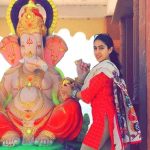 Sara Ali Khan Wishes Everyone on the Occasion of Ganesh Chaturthi