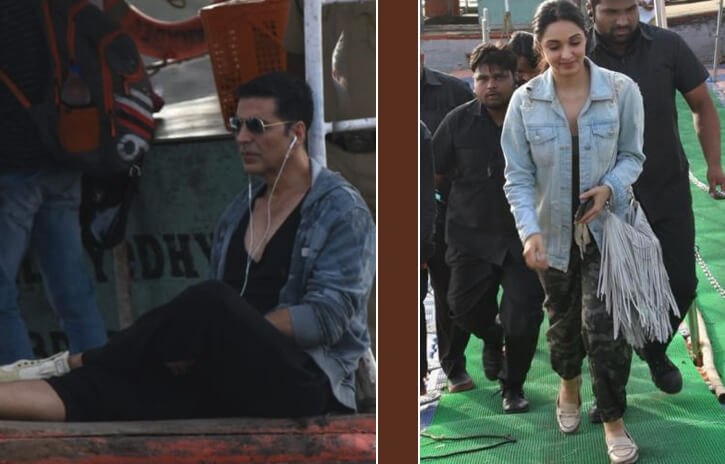 Choreographer, as well as director Raghava Lawrence, is all set to remake his super-hit Tamil horror comedy film ‘Kanchana’ in Hindi. Successful actress Kiara Advani will play the female lead opposite Akshay Kumar in the movie.

The creators are recently shooting for the second schedule of the film. Akshay and Kiara spotted riding on the Madh Jetty with the cast and crew of the film.

While riding Akshay put on his earphones and caught a seat on the corner in the boat to relax. He looked dashing in all-black casuals and jacket with a sunglass.

Kiara, on the other hand, looks stunning with her beautiful smile. She wore cargo pants and a denim jacket with a chic sling bag.

The film ‘Laxmmi Bomb’ is all set to hit the theatres in summer, 2020.

Shraddha Kapoor Stunned us with her Ethnic Fashion Sense

What Did Katrina Say About “Bharat” and Doing Hollywood Flick?