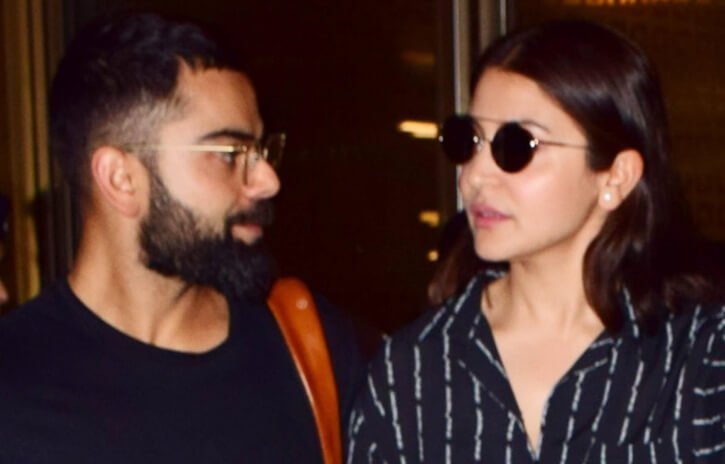 Anushka Sharma and Virat Kohli, the duo returns to India. They greeted by the paparazzi at the Chhatrapati Shivaji International Airport in Mumbai, after spending quality time in London. 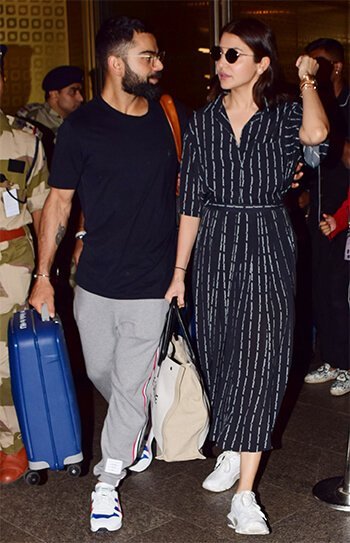 After India lost the semi-final match against Newzealand,  Anushka and Virat chose to wait in England for a few more days and took time off to spend with each other. Now, the twosome snapped in the airport in style. Virat looked natty in a pair of ash-colored pant and a black T-shirt, Anushka looked splendid in a black and white jumpsuit. The couple gleefully posed for snapshots before zooming off in the same drive.

Anushka recently reveals about her marriage in an interview. She said that it was early for an actress to wed at the age of 29. She did it for love.

When asked about how she found her soulmate in Virat, the star said, she strongly values his honesty, she is an honest person and has suffered on account of that. He is also relentlessly honest. She is so glad that she met someone like him. They both lead their lives with full honesty. Nothing is pretentious. Everything is genuine. She also added that they both are quite similar and support each other. That is why they get along.

Disha Patani Reveals about Losing Six Months of her Life

Sara Ali Khan Wishes Everyone on the Occasion of Ganesh Chaturthi